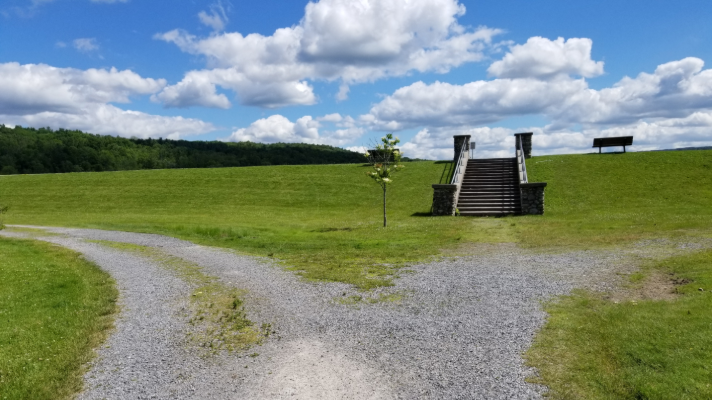 Sometimes the choices we need to make are not very popular ones. They go against the popular majority, make us face our fears, or expect more from us than we could ever think possible.

Let’s take a look at Queen Vashti for a moment. Here’s a woman who tends to either get a lot of flack for going against the king’s bidding or is quickly brushed aside for the “real story,” the story of Esther.

But there have been some who have taken a step back, pushed Esther aside for a moment, and took a closer look at Vashti. And this is what I am going to do at this moment. I’m not going to go into depth with a lot of research, personality profile, background, etc.

What I will do, however, is focus on one thing. Queen Vashti had a choice to make.

Though the Bible shows it plain and simple, I wonder just how simple it was? How easy was it for Vashti to say, “No” to the very person who had the power of life and death in his hands.

I’m positive Vashti knew exactly what King Xerxes was like when he was drinking, and this time it was months of partying with plenty of the alcohol. She may have known that he was very spontaneous and well, dumb when he drank. Perhaps he was a happy drunk with one flaw: go against him and feel his wrath. He made snap judgments, and no one was safe from it.

So here she is, sitting in her own banquet hall, entertaining women from all over. In walks seven of the king’s eunuchs with the king’s command. What goes through her head at that moment? Could she have been brass enough to stand up to the king in an instant, or did she have to weigh her options?

And what were her options?

If you look at it in that respect, the answer is obvious, simple. Anyone, I’m sure, would choose to obey the king.

But what she really needed to decide goes beyond that.

On one hand, if she chose to obey the king, she would be disgraced. Regardless of whether the king was asking her to come in the nude with only her crown, to come with her face uncovered, or just to prance around and give a show of her beauty, Queen Vashti would be disgraced. She was not a common prostitute, a show girl who entertained the gentlemen. She was the queen of of Persia.

On the other hand, disobeying the king could mean certain death.

Queen Vashti chose the latter. She would not be disgraced in front of these men even if it did mean her own death. We know that her life was saved and she was banished, but I wonder if banishment is just as abominable. She was no longer allowed to move about as she had, no longer benefiting from the luxury she had experienced in the palace, and had no one to commiserate with.

Okay, as Christians we shouldn’t think about all the luxuries she had to give up, but we do have to look at who she was and what she knew.

So then, why would Vashti make this choice? Wouldn’t it have been better if she had just put her own feelings aside and did what she was told? If she had, she would continue to live in the palace enjoying all the extravagance she was accustomed to.

The answer is fairly simple: Queen Vashti did not want to give up what she believed. She didn’t want to “sell her soul” if you will. Even though she knew what her decision would bring, she chose what she felt was right.

This may not have been an easy decision for her to make, but she made it.

And this is where we come in.

What choices do we have to make in this life? Choices that go beyond what we’ll wear, what we’ll eat, and where we’ll go at any given time. There are times when we are faced with two options, and it may not be the easiest decision to make.

Maybe we’re with a group of friends and they all start to complain or gossip about someone you all know. Do you join right in, giving fuel to their fire, or do you douse the flames with a kind word about the person, or a gentle reminder to speak life and love?

What about having to make the choice to walk away from someone who has proved time time and time again to be toxic no matter how many times you’ve tried to talk with them?

Perhaps you need to decide to forgive someone who has done wrong to not just you, but those close to you. You may feel like a selfish traitor for doing such a selfless act because you are the only one willing to take that step of forgiveness.

In all of these examples, you don’t know what the outcome would be. How will these people perceive you? Will they get angry, call you names, or cut you off from their lives? Will you become public enemy number one?

Decisions are hard. They can bring on fear, anxiety, restlessness.

You almost feel as though it’s you against the world. And sometimes, it kind of is. Standing up for what you believe in a worldly society has that effect on people. Even more so, I would say it’s really a decision of God or the world. Which one has more power? Which one has more sway on you, your thoughts or actions?

A Christian would say, “Oh, definitely God.” And I wish it were this easy, but if we’re honest with ourselves, we know that we don’t always choose God. It doesn’t feel right, does it? But it’s the human response to certain situations, especially the difficult ones.

Though it can prove to be excruciatingly difficult, we need to choose God every step of the way. It’s really our only choice. We’ve said “yes” to Him before, and we need to continue saying “yes” to him as we go about out lives. God is always right. If we choose His way, we will be right even if it feels wrong in the moment.

God is. And He always will be.

Lord, Heavenly Father, it’s You and only You who has the right way. By choosing You all the time, I know that it will be good. I know, Lord, that it won’t always be easy, and that I may have to face some backlash for my decision, but in the end I know it will be all worth it. Always. Thank You, Lord, for being the sturdy Rock I can place my feet upon. In Your Name, I pray, Amen.