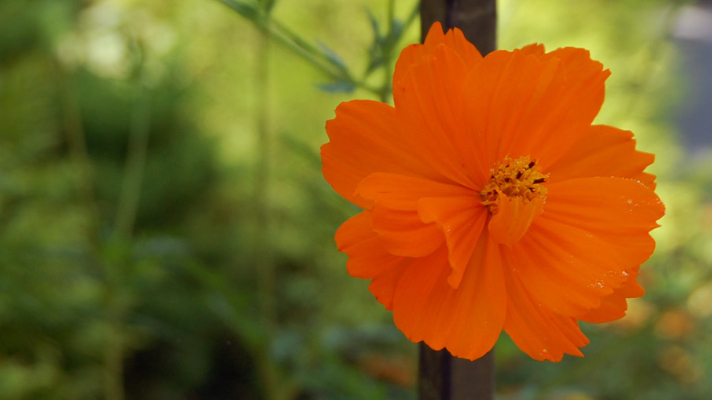 Have you ever found yourself angry with God? I mean, really, truly angry with him? Something happens in your life and you yell at God. “Why? Why did you allow this?“

I have. Once. Well, once that I can actually remember. The thing is, it wasn’t for something that was bad. It really wasn’t. I mean, I lost my dad suddenly when I was 30. My son was diagnosed with cancer when he was 5, and many other instances where I could definitely have been mad with him have occurred.

But for some reason I wasn’t mad. Sad, yes. But mad? No. I didn’t blame God during those times.

So what was I so mad about?

It’s embarrassing to admit, and I really regret it, but the one time I remember ever being angry with God was when I found out I was pregnant. Yup, pregnant.

Nope, I wasn’t pregnant out of wedlock. Even when that was the case with my first child, I wasn’t angry (mistakes were made. We knew we wanted to get married…and we are). No, this time I had been happily married to my husband for 11 years, and we already had 3 beautiful children.

I was angry because I was 35 years old, my youngest child was 8, and I had been planning the next phase of our lives. There was no room for another child. Oh, I was not looking forward to diapers and formula again. Sleepless nights; potty training; wet, pee-soaked clothes. Those were all behind me.

But I was pregnant.

As I said, I regretted this later on, and I still regret it when I look back.

Right now my 3-year-old is eating his apple slices in the living room watching Let’s Go, Pocoyo on Netflix. He is the sweetest boy and loves to be silly. He helps to feed the dog and helps with chores, loves to go for walks, loves his baths, and loves music. He looks forward to church, seeing his friends and learning in his 3 and 4 year old classroom. He is so proud when he can recite his memory verse.

He is a gift from God, but I originally saw this gift as a curse. It was the snake Jesus said even an evil person wouldn’t give his son when he asks for a fish(Matthew 7:9-11).

Thankfully, this anger didn’t last long. God worked in me quickly, and I looked forward to having a new little one, no matter what this change may bring.

Why do we get mad at God?

We know that what he does is good, yet in our imperfectness, we sometimes fail to see that it is good, or that he will take our situation and turn it into something good.

God doesn’t give us heartaches, he doesn’t bring pain and suffering. There’s another who does that, and he revels in it. No, God. Is. Good. And he only brings what is good.

My husband and I have been reading in the book of Numbers, and each time the Israelites complain we roll our eyes. They don’t like what’s going on, why couldn’t they have just stayed in Egypt?

God provided manna, yet they complained and longed for the food they had eaten in Egypt (11:4-6). God brought them to Canaan, a land ripe for the taking, but they complained, said they would all die by the sword, and their wives and children taken as plunder (14:1-4).

Their actions had consequences.

The ground opened up and swallowed an entire family. 250 men burned. Many others died from a plague. Their anger brought destruction upon themselves. An entire generation lost their right to enter the promised land and was sentenced to wander the desert until they passed away.

Even Moses and Aaron lost their chance to enter into the promised land when they allowed their anger against the community to overpower their faith in God by striking the rock for water rather than speaking to it and honoring God’s holiness (20:6-13).

But what was God trying to do for them? He had taken them out of 400 years of captivity and was bringing them to the land he had promised them, a land flowing with milk and honey. He gave them the chance at a new life.

And yet they grew angry with him.

They were allowing their present discomfort to outweigh the good that God was doing in their lives. They were tired of eating manna, they were afraid they would die of hunger and thirst, they were afraid of being plundered and their wives and children taken.

They didn’t want what God was giving them because it was too difficult.

Thank goodness God doesn’t punish anger the way he did back in the wilderness. We can get angry with God, yell at him even, and our lives are still safe.

God is approachable and can handle anything we throw at him. He loves us unconditionally.

“Now may the Lord’s strength be displayed, just as you have declared: ‘The Lord is slow to anger, abounding in love and forgiving sin and rebellion.’”

There may be times when we are tempted to get angry with God, but we must remember his goodness and faithfulness. God will never do anything to cause us harm. He doesn’t hand us situations to punish us.

He has something good to give us, we just need to open our eyes to it.

But what about those situations that aren’t good, the ones that have hurt us, or have left us to grieve?

For those times, we need to trust in the fact that God will lead us through, that he will use it for our good. This is something Joseph knew and shared with his brothers:

“You intended to harm me, but God intended it for good…”

God gave me something good.

He gave me a life, another child to love and to raise to love God himself. He gave me a little boy who loves to sing and dance, kick around a soccer ball or toss a basketball into the hoop. He gave me another opportunity to teach someone how not to sin in their anger, but that God will forgive him even still.

He gave me something good, and it took me too long to see the value of this gift. But thanks to God’s forgiveness and love, I am able to enjoy this gift of life to this day.

You are forgiving and good, O Lord, abounding in love to all who call to you.