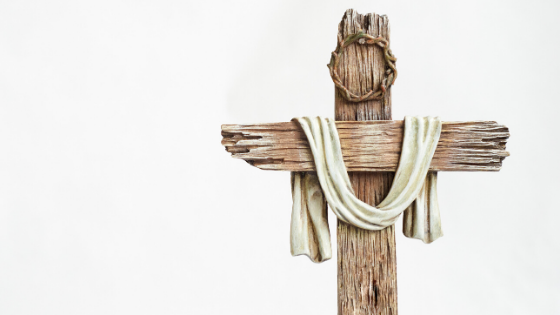 In today’s Exploring Fiction post, I’m going to talk about the one word that is running rampant at this moment: Fear. Let me just say, I’m loving Instagram at the moment. The people I follow are true encouragers, and I have seen countless posts with Scripture reminding us that, during this time of trial, we SHOULD NOT FEAR.

What happens when we are afraid? Fear is a natural reaction to those things around us that we might not understand, or even something that we’ve had experience with in the past. Fear comes in many forms, affects our bodies in different ways, but the one thing that remains constant is this: Although fear is a natural emotion, we need to choose what we do with that fear.

This year Jocelyn Green released her new novel, Veiled in Smoke (you can read my review here). This novel follows the Townsend family—dad Stephen, daughters Meg and Sylvie—shortly before, during, and then after the “Great Calamity of the Age”. Otherwise known as the Great Chicago Fire.

Can you imagine how frightened the people of Chicago were when they realized their homes and businesses were going to be destroyed in this fire? There was nothing they could do about it. All they could do was pack up as much as they could and carry it or cart it as far away from the affected area as possible.

Mass chaos erupted the streets of Chicago, and no one knew for sure how far they would have to go before the fire stopped its ravaging ways.

There are many even today who have had to face a tragedy like this. The California wildfires, tornadoes, hurricanes, tsunamis. All of them natural disasters. Absolutely nothing that could be done to prevent them.

But fear doesn’t only have to come from a destructive force of this magnitude. Just Google the word “Phobia” and see how many fears are out and about wreaking havoc on people’s psyches. They’re called irrational fears, but to those people who have them, they’re completely real. I personally have claustrophobia (fear of confined places). My husband has acrophobia (fear of heights).

In Veiled in Smoke, Stephen Townsend has what is called “Soldier’s Heart.” It’s the term that was used for those who were greatly affected by serving in war. In Stephen’s case, he served in the Civil War, and his Soldier’s Heart came from his time in the POW camp, Andersonville. Soldier’s heart has also been known as shell shock, or, more recently, PTSD. And let me tell you: you don’t have to join the military to experience PTSD.

So with many fears running rampant everywhere, the question returns: What do we do with them?

Stephen Townsend let his fear overtake him. From the beginning of the novel, the reader is introduced to a man who was “pacing the flat, block-long roof, patrolling to keep his property safe from dangers only he imagined.” Always watching out for “Johnny Rebs,” Stephen became the joke to those who came upon him and his strange actions.

During the night of the fire, the girls insisted that he should be the one who would load up all the belongings they had packed up—books from their bookstore, Meg’s paintings, household items—and cart them to the train waiting at the station. They would then meet him on the other side of the bridge where safety was promised.

But as Stephen tried to push his way through the crowd, another calamity ensued. With the explosions from gunpowder down the street—an attempt to create a fire break—Stephen ducked for cover and refused to emerge. Those Johnny Rebs were after him, and he wasn’t going to get caught.

But the fear that stemmed from a war that had ended years before caused Stephen to lose more than just the building he had no control over. He lost everything he had been carting away. Stephen’s fear made him immobile which allowed the embers to catch, sending the entire cart into flames. Nothing was left.

Before Meg and Sylvie made their way down the street and across the bridge to safety, Meg remembered that she had left her mother’s book behind. Her mother had passed away, and this book was the one connection she had to her. Inside the book was a picture of her parents. To Meg, this was one of the most valuable items she owned, and she would risk anything to save it.

And taking a risk is exactly what she did. Because her book was in the room where she painted, fire licked the paints, the solutions, the walls, the floors, and it began to eat away at her precious book. But Meg would not be deterred. She reached for the burning book, and in doing so came away with the second and third-degree burns on both of her hands.

As a painter, Meg feared her hands would never heal properly and there would never be another commission for her work. Though her left hand was showing promise, Meg was right-handed. There was a chance that her right hand would never produce another piece, and how could she teach her left hand to do what her right knew so well? With this knowledge, Meg feared she would be unable to bring in money that would help in the rebuilding of her family home and store.

But as trying as it was, as frustrated and angry as Meg became, she still forced herself—eventually—to try. Would she ever paint the way she had before? Perhaps not, but in time, what she produced could be seen as even more beautiful. Meg pushed through her fear and overcame it. She allowed God to work in her and gift her with a new painting talent. And it was loved by all who saw it.

Of course Jesus wasn’t officially in the novel, not as a character who walked around with His own actions and dialogue, but we know that He was everywhere in that story.

And Jesus had his own story. Here’s a question: What would happen if Jesus gave into his fear?

We know that Jesus was afraid. The Bible spells it out for us.

“Father, if you are willing, take this cup from me; yet not my will, but yours be done.”
An angel from heaven appeared to him and strengthened him. And being in anguish, he prayed more earnestly, and his sweat was like drops of blood falling on the ground.

Though Jesus asked God to take the cup from Him, He left the decision in God’s hands. Jesus knew it wasn’t up to him. He was fully human and fully God, and because of the human aspect, he could have easily given into this fear. Honestly, who in their right mind would willingly say, “Sure, take my life. It’s all good.” No, even the martyrs were afraid.

Yet Jesus (and those who follow God’s will) had a comfort tucked away. Not only did Jesus know that one day He would return, but He knew that He was following the Will of God, and in doing so He was saving countless lives. Yours. Mine.

If Jesus gave in to his human side, said, “Yeah, not gonna happen Dad,” and then flew the coup, where would we be today? Where would the hope be? Sure, we can say that “Oh, His Daddy would know where He was,” but what if God said, “Fine, be that way.” Our lives would look very different today.

I don’t know about you, but I am thankful that Jesus did not give in to fear and made the ultimate sacrifice, one I’m not sure I could make.

So here’s another question for you: What will you do with your fear?

“For the Spirit of God does not make us timid, but gives us power, love and self-discipline.”

Veiled in Smoke by Jocelyn Green is available on Amazon