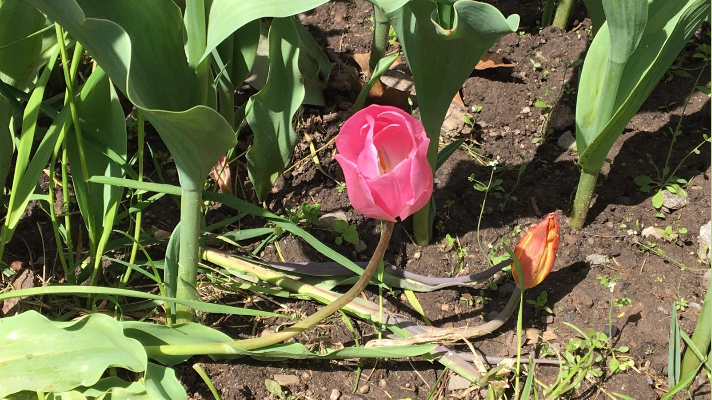 How many times do we focus on the negatives of a situation? I’m extremely guilty of this myself, more than I care to think. What happens when we focus on those negatives? Many times our entire experience is ruined. We can’t enjoy the night, the day, whatever it may be. And this is no one’s fault but our own.

A few weeks ago, I picked up my daughter from the movie theater. As I drove, she began to tell me exactly what she thought about the movie she had just watched with her friends. To sum it up, she wasn’t a big fan. An avid Disney movie fan, she left the theater frustrated with how the scenes of Aladdin played out, and in which order they did so. “They changed the scenes all around, and put this here and that there, and, oh, I was so frustrated.” Her friend could attest to this as she noticed my daughter’s actions: Hand on her lowered head that she shook slowly back and forth. “No, no, no.”

As we continued to drive home, my daughter brought up the music. During that discussion, she stopped herself and said, “…but they did put in a new song that I really liked.” Right then and there I made the point to focus on that. I told her I was glad she could find a positive. “A positive, yeah,” she volleyed back. Yes, a positive, but at least it was . To that she agreed; she had seen my point.

If we can learn to focus on the positives, we can actually find the joy we may be lacking, even in a specific situation. We can find peace in restlessness.

Sometimes an outing doesn’t go as planned. You can choose to gripe about it, or you can find something good in it. A restaurant is overcrowded, and the food is less than par: focus on the friends or family instead and enjoy the experience of being with them. A friend invites you to an activity that he or she enjoys but you don’t: focus on them. Maybe this is something you want to do for them. And, if you open yourself up to the activity, you might find some unexpected enjoyment.

But what happens when your experience goes beyond a less than perfect night out?

God always takes a bad situation and works it for good, but we often have a hard time seeing what the good is, even when plenty of time has passed. So what should we do? We should look for something positive within it.

A while after my father died I began to see some positives. Positives in the death of a loved one? Hard to think about, but true. What I found was that he could have lost his eyesight and along with it, his job. His eyes had been becoming progressively worse through the years, and he was scheduled for cataract surgery which he of course was unable to make. But that wasn’t the only positive I found. I found out just how many lives he touched.

When my nephew took his own life last year, it was tragic. But again, I have to look to the positives. He’s no longer hurting. There may have been better things he could have done with his life, but I can’t focus on that now, so I focus on the positive.

Death is a difficult thing to find something positive about, but what I struggled with most was trying to find a positive about my son’s cancer. What was positive about him having to go through that? Again, I had to remember that the positive could be found within the situation if not about the situation. When I changed my thought process to reflect this, I found it. It was the people. Those who came to bring a meal, those who offered their home so we could shower. I even had family who offered to donate blood when they found out my son needed blood transfusions (because family is unable to donate blood to family, they were told to donate it in general which is still a wonderful gesture).

At least once a week, I get together with one of my closest friends. This past week, while we walked the mall together and watched my three-year-old ride on those mall kiddie rides, we started talking about this very topic. There is a situation we both have had to deal with in our lives, long before we met, and she wondered how you could find a positive in that. The long and short of it is that our children had been hurt when they were little.

Her questioning of this particular event gave me pause. It’s not one I thought to ponder, but now I needed to. Before I had a chance to delve into it, she answered her own question. She said that we were able to become close friends. I’m the only one she really feels comfortable talking to about this issue, and I have an easier time talking with her about it than anyone else. I would call at a positive.

Honestly? The more I think about the positives in each situation, the more I can find. What happened was not good. They were big fat negatives, but there were positives to be found within them.

Start looking for the positives and you’ll find a snowball effect, one that you can actually look forward to. When you start looking for the positives in every situation, it starts to become easier, almost second-nature. You may find that frustrations seem to fade away. It may not erase your grief or your hurt, but it can act as a balm to the pain.

Father, thank you for creating positives within the negative. Thank You for opening my eyes to even just one that I can hold tight to. Father God, Your own Son died a humiliating death on the cross, and yet even in that, You have allowed me the positive of salvation. I thank you for all that You do. In Your Name, Amen.

1 thought on “Finding the Positives Within the Negatives”