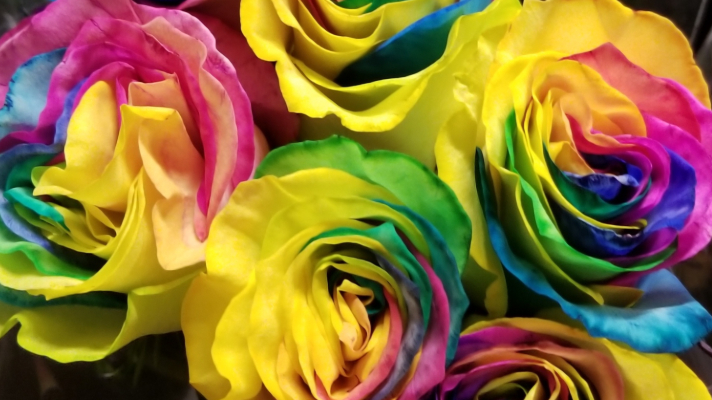 What can you learn from a 14-year-old boy whose 9th grade English teacher assigns a two-minute speech about social issues?

When my son received an assignment where he had to choose a social issue and present it to the class along with a resolution, he knew exactly what he wanted to talk about. However, he struggled with his idea for fear that his teacher would not accept it.

Thankfully, there had been no reason to worry. His teacher accepted his idea and only had one question to ask him: “How are you going to resolve it?”

The original proposal for his speech was to talk about the issues of social issues.

My son does not like social issues. He feels there is a problem with them because:

But while my son was staring at his computer screen, he found his mind struggling to find a coherent way to address this perceived problem. After talking it out with my husband and me, trying desperately to decide how to move forward, he decided on a more focused topic:

The issue of not being able to disagree.

Here is his speech, word for word, written and spoken by him:

With a show of hands, how many of you have an opinion on anything? Ok, now how would you like it if someone, maybe a teacher, silenced you for that opinion just because they didn’t like that idea? That would be frustrating, but that wouldn’t change your mind.

That is why the issue of not being able to disagree is so harmful.

Disagreeing is actually very useful when it comes to social debate, and not being allowed to disagree causes more problems than debates themselves.

A specific group of people holds a strong opinion on something, and others start to agree with it. But then a young, hopeful speaker emerges from the shadows with an opposite view of things, and they are silenced, shamed, and sent home by the more popular group, even if the small voice was an even better solution.

This is called a dictatorship.

This sort of problem happens all the time with many different ideas.

I personally would like to argue that this is the root of all our social issues: Many dictatorships working together to silence the enemy forever.

But it still won’t change.

How do we solve a never-ending problem then?

If you encounter someone who supports gun restriction laws and you don’t, ask, “Why?”

If your neighbor doesn’t find women to be a minority but you do, don’t get mad, ask, “Why?”

If you and your best friend don’t have similar views on racism, don’t unfriend them, shut them down, or throw labels their way. Instead, ask, “Why?”

That way you will shed some light on the topic and ideas change.

This world is messed up at the moment, but it all can change. We can all have the peace that we long for, and before all other reforms are put into motion, we all can start with simply asking, “Why?”

What my son was unknowingly teaching that Tuesday in English class was the Fruit of the Spirit: Gentleness.

His argument was based upon listening to the other person, not jumping to conclusions, and not judging. If you agree with them, great. But if you don’t? Then ask them, “Why?”

That word can come across in different ways depending upon your tone of voice. What my son was expressing was not a sarcastic tone, not an angry tone, but an honest, pure, question, “Why?”

“Why do you think that?”

“Why do you believe that?”

“Why do you feel that way?”

This single word, “Why,” has the power to open up healthy communication.

Once the avenues to communication have been opened, and you are able to speak your mind, do so in a way that glorifies God. Continue to exercise gentleness, making your point in a clear and concise way. But do this in a manner that won’t disrupt the flow of conversation, turning it back into a heated debate.

If done properly, this communication has the ability to end in a few different ways:

Regardless of how this conversation ends, you are able to walk away knowing that you acted civilly and you have nothing to be ashamed about in regard to your words and actions.

Solomon tells us in Proverbs 15:1 that “A gentle answer turns away wrath, but a harsh word stirs up anger.”

A gentle answer turns away wrath, but a harsh word stirs up anger

When you speak gently to another person who has differing views than your own, you lessen the risk of escalating the emotions that can come with this disagreement.

But what if they still treat you horribly?

Continue to be gentle. Peter actually addresses this in 1 Peter, Chapter 3:

Vv.13-14 Who is going to harm you if you are eager to do good? But even if you should suffer for what is right, you are blessed. “Do not fear what they fear; do not be frightened.”

Vv.15-17 But in your hearts set apart Christ as Lord. Always be prepared to give an answer… But do this with gentleness and respect, keeping a clear conscience, so that those who speak maliciously against you good behavior in Christ may be ashamed of their slander. It is better, if it is God’s will, to suffer for doing good than for doing evil.

As Christians, we are held to a high standard, but also as Christians, we should want to live out our lives in this way. When we choose to be gentle, we are emulating the Christ who went before us.

Jesus was described as “gentle” and “meek.” This doesn’t mean that he was weak. On the contrary. How could a weak person enter into the temple and overturn the tables, chasing everyone out as he did? A weak person could not do that. This just shows that Jesus was firm. He stood his ground, he knew what was right. And what they were doing at that time was wrong.

When we believe that our ideas are correct, especially, and most importantly, when they are in line with the Bible, we need to be gentle yet firm. We don’t back down from our position, and we don’t apologize for it just because we are making the choice to be gentle in our words and deeds.

So why would we even attempt to argue in that way? When Paul wrote the people of Corinth, he addressed the fact that some of them had become “arrogant, as if [he] were not coming to [them]” (1 Cor 18). He explained how, if the Lord was willing, he would be there and find out how these people had been talking and what power they had. But he asked them a simple question:

What do you prefer? Shall I come to you with a whip, or in love and with a gentle spirit?

Paul brought up the word love, a word that receives plenty of attention throughout the entire Bible as it is probably one of the most important words in Scripture. Speaking gently to another, and listening to what they have to say, is showing love for your neighbor. Jesus told us that love was the greatest.

And this is the choice you need to make: You need to choose gentleness so that you can show this love.

Regardless of whether you are speaking with a fellow Christian or to someone who is far from it, to friends, family, co-workers, customers, or anyone who crosses your path throughout the day, you need to be mindful of your words. These words need to work to point to and glorify God whether his name comes into the conversation or not.

Speak light into every conversation.

4 thoughts on “Fruit of the Spirit: Choosing Gentleness”