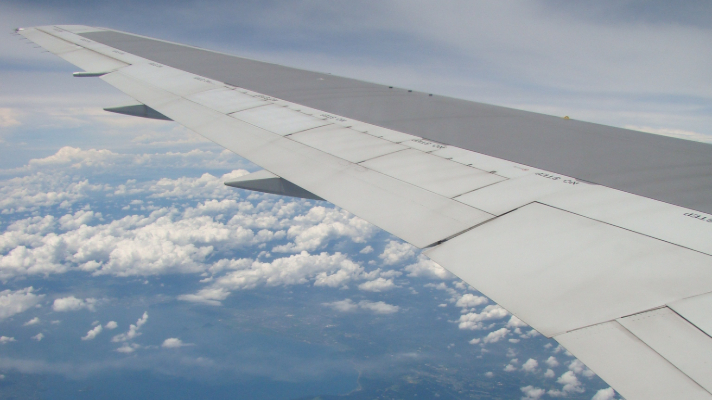 On the morning of September 11th, 2001, I made the decision, as many college students do at one time or another, to skip my 8 o’clock class. Instead, I had gifted myself with a little more sleep before making my way to the campus center to hang out before my next scheduled class.

I can’t tell you what class I was skipping because I honestly do not remember. What I do remember, though, is what I entered into after making my way down the same hall I always walked down in the campus center. As I made my way into the main part of the building, I found a group of students standing in front of a television that had been carted in for this morning only. I found a friend of mine and asked what was going on and couldn’t believe what she told me.

A plane crashed into one of the twin towers in New York City.

We continued to watch in silence until we saw yet another plane make its way into the second tower.

Were we really seeing this? We watched as the towers slowly began to fall.

I don’t know how long we stayed there, glued to our spots, watching as this scene of terrorism unfolded before our eyes.

But this post isn’t about what happened in NYC, in Washington, DC, or even in Pennsylvania.

What I am going to talk about is what happened while my friends, schoolmates, professors, and I were watching and crying together, feeling helpless.

Perhaps you already knew this story. I had not. Not until I attended a trip meeting for my children’s choir trip to NYC recently. Even then, I didn’t know much. We were told the three Broadway shows the students would be attending, and one of them was “Come From Away.”

All I really knew was that it was a one-act show, a musical, that took place on September 11th in Gander, Newfoundland, Canada, a small town that would end up nearly doubling in size when 38 planes heading to the U.S were re-routed to Gander International Airport. We were even told the name of the book it was based on which I wrote down and then quickly forgot about.

As a chaperone, I was able to watch this show along with the students, staff members, and other chaperones on the trip. It was an amazing show, the best one I saw that weekend. I laughed. I cried (I don’t know how many times). It really touched me. Memories of that day came back to me, and my heart went out to each of the characters, their families, and everyone else involved.

The interesting thing about these characters is that they were based on real people, people who were on the re-routed planes, and people who welcomed these passengers into not only their town, but at times even into their homes and lives.

The town of Gander is not in New York State. It’s not in Virginia, Maryland, or Pennsylvania. It’s not even in the United States.

But it didn’t matter. The people of Gander and those in the towns beyond that were needed to house the abundance of passengers landing in Gander, towns such as Appleton, Glennwood, and Gambo, made it their duty to welcome the stranded passengers – whom they referred to as the “plane people” – and to make sure they were well provided for.

These towns came together to set up shelters complete with sheets, blankets, pillows and pillow cases, even if it meant taking these items from their own homes and donating them. Stores donated all necessities a person could need: toiletries, towels, diapers, formula, even sanitary pads and nicotine gum and patches.

Anything that was overlooked was brought to someone’s attention and quickly remedied.

Beyond necessities, residents began opening up their homes to passengers.

They knew that some just needed a little peace and quiet away from the hub of activity. They offered their showers, living rooms, televisions, and food. Some even offered their guest rooms and sofas for overnight stays.

For the days these stranded passengers remained in Newfoundland, the “Newfies,” as they call themselves, worked tirelessly to make sure the “plane people” felt at home. No task was too big or too small.

The residents of Newfoundland didn’t have to go above and beyond as they did. Once the shelters were in place, and necessities provided for, they could have continued on with their lives and not given a lick about the people.

But that wasn’t their way. Instead, they chose kindness, and this kindness seemed to come naturally to them.

According to the Merriam-Webster dictionary, kindness is the act of being sympathetic or helpful. The Blue Letter Bible defines it as moral goodness or integrity. The Newfoundlanders displayed this trait, this gift of the Holy Spirit, immeasurably.

Around 30 A.D, a man named Jesus was preaching to a large crowd of five thousand men, not including the women and children accompanying them. When evening came, his disciples urged him to send the crowd home. They said, “This is a remote place, and it’s already getting late. Send the crowds away, so they can go the villages and buy themselves some food” (Matthew 14:15).

But Jesus did not see a need to send them home. He told his disciples, “They do not need to go away. You give them something to eat” (Matthew 14:16).

The disciples knew that they did not have enough money to buy food for everyone. “Eight months’ wages would not buy enough bread for each one to have a bite” (John 6:7). All they could find among the crowd was “a boy with five small barley loaves and two small fish” (John 6:9a). But with such a small amount of food, Andrew questioned, “How far will they go among so many?” (John 6:9b).

What looked to be a dilemma for the disciples didn’t deter Jesus from feeding this multitude of people who had come out to this remote place to learn. Jesus wanted to show kindness to the crowd, and he was the one able to do this without question.

Jesus said, “Have the people sit down.” There was plenty of grass in that place, and the men sat down, about five thousand of them.
Jesus then took the loaves, gave thanks, and distributed to those who were seated as much as they wanted. He did the same with the fish.
When they had all had enough to eat, he said to his disciples, “Gather the pieces that are left over. Let nothing be wasted.” So they gathered them and filled twelve baskets with the pieces of the five barley loaves left over by those who had eaten.

Can any of us turn five loaves of bread and two small fish into enough food for a great multitude of people?

Maybe not in the way that Jesus did, no. But what the Newfoundlanders were able to do was nothing short of a miracle in itself. They gathered their people together and ended up with an abundance. No one was left wanting. Needs were met whether physically, mentally, or spiritually. Along with material items, emotional support was also in great demand, and the demands were met even if just a little.

The Newfoundlanders, or “Newfies,” and the stranded passengers, or “plane people,” came together and formed a new sense of community. And all of this came from the kindness of others.

You may not experience a trial as great as this one where your support will be needed, but what about small, day-to-day opportunities? If we really look outside of ourselves, outside of our bubbles, we will find ways to be of help to someone else. We can demonstrate kindness in whatever way God shows us. And don’t forget: even if a task seems far beyond the scope of what you think you are able to do, God is bigger. He will help you through and give you all that you need to reach out to those in need.

He who is kind to the poor leads to the Lord, and he will reward him for what he has done.

There is a scene in “The Day the World Came to Town,” which is one of the books “Come From Away” is based on (yup, I figured it out and am just over halfway through reading it) that really sums up the kindness shown by the Newfoundlanders. Lieutenant Colonel McKeage, a Newfoundlander, was taking Army brigadier general Barbara Fast, the director of intelligence for the US military command, to a secure site on the Canadian air force base in Gander. There Fast would be able to communicate with her staff without worrying about others, basically curious civilians, listening in.

Before leaving the Knights of Columbus [her designated shelter], she said good-bye to some of the passengers and thanked the volunteers for their kindness.
Driving to the air force base, Fast commented to McKeage how wonderful everyone in town had been. It made her feel part of a family.
“We’re all Americans tonight,” replied McKeage.

1 thought on “Fruit of the Spirit: Choosing Kindness”