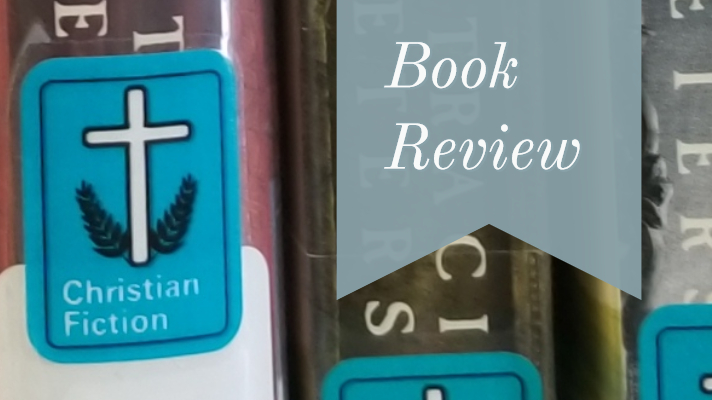 We Hope for Better Things, by Erin Bartels, was published in January, but I didn’t purchase it until March when I published my post: Hot Off the Press: 5 Fiction Books on My ‘To Read’ List for 2019.

According to Goodreads, I started reading this book on March 13th. I finished it this Wednesday, April 3rd. Though I have found that others who have read this book couldn’t put it down, I had to remind myself to pick it up. It’s not because I didn’t like the book; I just wasn’t in love with it. There are times when I find myself unable to put a book down because I’m drawn to it, and I have to know what’s going to happen next, but reading this book wasn’t like that.

Erin’s book was more like a friend who would wait patiently for me to return to her. I wanted to know what she had to say, I was curious about her life, but we weren’t in a rush.

Her side of the conversation started off very slowly, trying to fill me in on some introductory details of three different women, all from different generations yet connected by the same family. I had to keep track of each woman, who they were, what their role in their family was, what time period they fell into, and what the story around them was.

There were times when I had to remind myself whose life I was learning about, and at times I confused myself, but I managed to sort it all out as I went.

The more we met, the more quickly her story seemed to progress. I was starting to become very interested; I wanted to know, needed to know, what happened next.

But then it slowed down again, and at times I had to put an end to our conversation. There was even one time when I got up abruptly and walked away (in book terms, I threw the dang thing on the floor and turned on the TV).

The plot revolves around 3 women of the Balsam family, each from a different time period: Civil War era, 1960s, and present day. However, each of these women have a greater connection than just being blood relatives: a farmhouse in Lapeer, Michigan, which has been in the Balsam family for generations.

The other connection these women have is the not so black-and-white conflict of whites versus blacks.

Mary and Nathaniel Balsam are expectant parents and could still be considered newlyweds when Nathaniel answers the call put out by the Free Press to join the North in the fight against slavery. Both Mary and Nathaniel are strong believers in this fight, but while Mary is content in their efforts at home, Nathaniel felt the need to enlist despite the pleas from his wife.

Left alone with two other women to help take care of the homestead (their male hired hand also decided to enlist), Mary needs to start taking charge and making decisions about what is allowed to happen on her property. The first big decision she makes, which wasn’t a difficult one for her, was to allow a man into her home. This man was an escaped slave asking for a night of rest, and some food and water. By daybreak he was gone again.

This was the beginning of her opening doors to many escaped slaves.

Nora Balsam is the great granddaughter of the late George Balsam, eldest son of Mary and Nathaniel Balsam. Nora’s story takes place in the mid-to-late 1960s Detroit, Michigan, during the time of Martin Luther King, Jr and a thick, visual and audible tension between the black and white communities.

Nora meets William Rich, a black man from “the other side of the tracks,” and before they know it, they fall in love. Knowing her affluent parents would never approve of her marrying a poor black man, Nora decides the best thing to do is marry first, tell later.

This ultimately leads to Nora being disowned by her father, and her Corvette, apartment, and money taken away. The saving grace at first is her mother who lets Nora know about a family house 30 minutes away in the countryside, a home untouched since Nora’s great-grandfather passed away.

Elizabeth is a present day journalist for the Free Press in Detroit. She had donned another persona in hopes of catching a big scoop she could add yet another byline to; she was secretly investigating Judge Ryan Sharpe, and his alleged connection to the 1967 Detroit riots. This task was proving difficult, and before she was able to find anything, her cover was blown and her job taken away.

This job loss freed up her time to learn more about her family history as she was approached by James Rich just before it all hit the fan. James had come across a camera and pictures from the 1967 riots that Nora Balsam’s husband, William Rich, had taken, and he had tasked Elizabeth with bringing these items to, what turned out to be, her great-aunt.

Though romance between a white woman and a black man took place in all three generations, the main conflict of black versus white, or white versus black, was more evident in Mary’s and Nora’s stories.

I feel that Erin did a great job showing both sides of this conflict. She neither justified the actions of either side, nor did she outright condemn either side. All she did was share her characters with the reader, and each of her characters had their own opinions. If any message comes through this book, it’s the message that has been going around for generations: the message of equality.

I’m starting with the dislikes so that I can finish with the likes. I found the book moved very slowly in the beginning, and it was a little hard to get into. There were times I forgot which woman I was reading about until I flipped back to the heading at the beginning of the chapter. At times I found myself re-reading a passage because I had no idea what I had just read.

Though it shows that Erin is a good writer, I could not stomach some of the events that were happening, especially the infidelity. It bothered me immensely. I wanted to step inside the book and shake the characters.

In the beginning I really only connected with Mary, but then she started losing favor and Nora and I began to make a connection. Elizabeth and I, however, never really got off the ground. I understand how she fits in to all of this, she’s really the catalyst that gets it rolling, but she seemed more of a static character to me than anything. However, by the end of the story I was questioning why Mary was even a part of it, at least as much as she was. I understand wanting to show the house from the perspective of all three women, and I can see how Erin was trying to work the stories together yet keep them separate, but to me it seemed a little too disjointed.

I liked how both Nora and Elizabeth were able to learn as much of their family history as they could; I loved that we were able to follow along.

The author at times showed a great care for word choice and description; there were some phrases scattered throughout the book that really jumped out at me. Two that I really loved were:

“Some reckless man at the printer’s tray had wantonly placed a lethal string of letters together, rolled the poison ink across, and stamped out a death sentence.” The thoughts of Mary Balsam, August 1861.

“I think I’ve spent the majority of my life mending things for other people while I’ve been walking around in tatters.” Nora Balsam Rich, Lapeer County, April, present day.

As for characters, I liked the idea that Elizabeth and Nora were able to meet up, live together, and share of their time. Nora slowly opened up about their family history; she told Elizabeth that someone had spoken with her about it, so it was only right she, too, passed it along. Mary was there, a headstone near the garden marking her burial, but her secrets were taken to the grave with her. Or so they thought.

Would I recommend this book?

Though I’m not jumping up and down saying, “Go, Read!” I’m not going to tell you it would be a waste of time. It’s a good book, and one that was definitely well worth the read. I had to be selective here in my review because I didn’t want to give everything away. Besides, it would be way too much for me to write.

This is a very involved book, and I would say that you would be blessed by it. And maybe you would be one of the readers who could finish it in a couple of days and recommend it to all of your friends.

Next book I’ll be reading: The Governess of Penwythe Hall
(unless, of course, I end up downloading something on my trip this weekend to NYC with my two older children’s high school choir. It’s a long bus ride both ways).