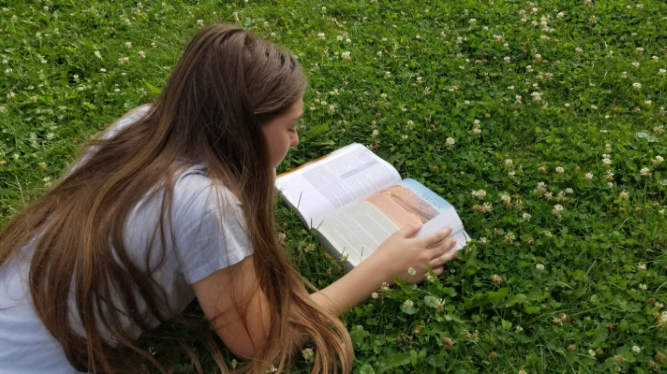 When we are thrown into a scene which we would never have placed ourselves, how do we react? Do we fight, kicking and screaming at the injustice we feel? Do we gracefully bow out and runaway? Or do we stay and try to make the best of the situation, trusting that God has a hand in this?

This month, I have read two pieces of Biblical fiction literature about Esther. In fact, the story of Esther seems to be fairly prominent in my life at the moment. Back in June, I led a mother/daughter overnight with my co-leaders, and the sessions were all about different aspects of the book. I’ve also just started reading a non-fiction piece about Purim, the celebration held by the Jews at the behest of Mordecai all those years ago. The author of this book dives into questions about Esther’s story, what happened, what they could have done differently, and so on.

Needless to say, I’ve thought a lot about this one small book in the Bible, about a woman who was thrown into a situation she did not ask for, one that could have ended her life and in some ways did.

Over the next couple of weeks, I will be diving a little deeper into Esther’s story, showing its relevance for today.

Why Do We Need to Hide?

If you’re familiar with the book of Esther, you know that she was an orphaned girl who was taken in and raised by her cousin, Mordecai. When she was of age to marry and start a family of her own, teaching her children the ways of God, celebrating the Sabbath, the Jewish holidays, sacrifices and prayer, she was taken from her home at the command of a pagan king. As soon as she stepped into the caravan headed for the palace, her life, as she knew it, was over.

What made this upheaval worse, was the fact that Mordecai told her not to let anyone know she was a Jew. Can you imagine not being able to let others know who you are? One day you’re attending church service, singing and praising God, and the next day you have to hide your faith.

If you work in the public sector, you may have an idea about hiding your faith. Not everyone appreciates hearing about your walk or even watching you as you pray over your food. In some positions, your faith could end up costing you your job. It’s here where you need to be discreet about the God you serve. Speaking about the Lord comes at a high cost.

The positions I think about most in this respect are public school teachers, followed by those who, like my husband, work with multiple clients. Even government positions may prove difficult. It’s okay to have your faith, but it’s dangerous to profess it.

How many times do we hear about teachers or schools going before a judge because someone mentioned the Name of Jesus, portraying Him in a good light? It’s okay to bring in Buddhist and other Eastern religions into the conversation, even using their techniques (think Mindfulness), but Western religions have no place there. And just for the record, I don’t agree with that last statement, I’m just stating a fact from my personal experiences.

This past year, my son took AP World in high school, and they were learning about different religions. We were both upset over the reading that his teacher chose for Christianity. It was written by someone who obviously had no real understanding of the faith. Though he called himself a Christian, we had to wonder at that. His “facts” were skewed. I felt as though his teacher looked for a piece of literature that would continue to confuse the minds of these students, keeping them from choosing this path.

Can I say for sure that this was his intention? Of course not. However, it would have been wonderful if my son didn’t have to read (and get upset by) this choice. And, though he did mention this faulty piece to a couple of his friends in class, he was not about to take it up with the teacher. Even he knows there’s a time and a place for his faith, as sad as that may be.

As my husband goes throughout his day in the science field, he also needs to keep a tight reign on his lips. Though it won’t hurt him if they find out who he is—a conservative Christian—he has to keep his views to himself. Instead, he tries to learn about recent sporting events (a topic he really doesn’t care much about), family, the weather. Most times he just tries to stick to the task at hand. His fear is that if he were to start talking about his views, the client he is servicing at that moment will get upset and complain to his company. This, in turn could end in a or even the loss of his job. He’d rather not find out.

Though we may find that we need to keep our faith a secret, as Esther did, we know that one thing is true: No one can take away what’s inside us. We don’t need to confess our faith aloud everywhere we go. God understands that. Sometimes, He’s the one who tells us to keep it hidden. Why did Mordecai tell Esther to remain silent about her beliefs? I believe that God told him to. God was working on a plan, and having Esther hide the fact that she was a Jew was just one step in this multifaceted project.

For I know the plans I have for you…

I don’t know the reason why we can’t proclaim our faith wherever we go; perhaps God has a plan for this, too, as He always seems to. Neither Esther nor Mordecai really knew why, either, but eventually it was revealed to them.

“Do you think in your heart that you will escape in the king’s palace any more than all the other Jews. For if you remain completely silent at this time, relief and deliverance will arise for the Jews from another place, but you and your father’s house will perish.”

We know the end of our story. God wins. He has already won. That which may seem to hold us down now has no real power over us, and this will be evidenced when the time comes. At this moment, what we have to remember is that no one can control our hearts or minds. God’s there. We know Him, know He is good. He is our joy and our salvation. Jesus Christ is Lord of all. Though we may not be able to shout this inside of our areas of business, nothing can stop us from knowing and believing the Truth.

Lord God, only You know your plans, and Your plans are always good. Help us, Lord, to be content in this knowledge of your goodness. When we are faced with those times when we cannot share our faith openly, help us to remember that reside in our hearts, and we need to keep close. Thank you, Lord, for al that you have given to us. In Your most holy name, we pray, Amen.