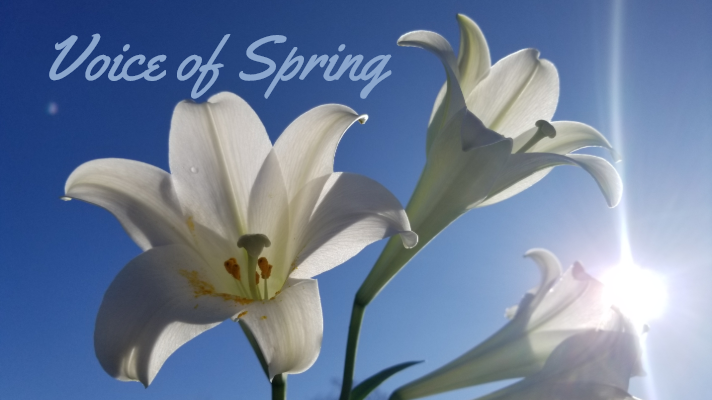 The theater erupted with the sound of applause before the final note of Frühlingsstimmen by Johann Strauss came to an end. Slowly, like a wave returning to shore, the audience rose to their feet. Maria Esposito had just given the performance of a lifetime.

As she stood on the Evans Theater stage, Maria could not contain her smile; it shone as brilliantly as she sang, lighting up her entire face. She looked a vision of romance with her jet black curls swept up into a chignon, loose spirals gently caressing each cheek as they made their way down to her bare shoulders. The stage lights caught the A-line skirt of her satin and tulle, black-to-aubergine gradient evening gown, inducing a shimmer as bright as her deep brown eyes at that very moment.

Maria’s chest heaved as she caught her breath. She looked out into the sea of evening wear among the red velvet seats that were now hidden from view, blocked by the standing ovation. Could this acclamation really be for her? It seemed too surreal. To her, it didn’t matter if this was her first performance or her fiftieth, she wasn’t sure if she would ever get used to strangers spending money to watch and listen as she sang her arias, weaving a tale with her soprano vocals with only a piano to accompany her. And the fact that they showed their appreciation for it threw her into an elated yet unbelieving state.

Those who knew Maria growing up would have never imagined they would ever watch her up on stage in front of so m strangers. The shy, timid girl had come to the Russo’s when she was just four-years-old. Her mother was no longer able to take care of her and left Maria in their care, knowing that they would treat her like one of their own.

And they had. Despite being adopted into a new family, Maria was given what even she would consider a “normal childhood.” She grew up with two older brothers, Matthew and Anthony, attended the local public schools from Kindergarten up through her senior year where she didn’t quite make the top ten percent no matter how hard she tried. Eventually, Maria made her way into college majoring in foreign languages, a choice many questioned, but one she was adamant about. Maria loved learning different languages. If she had a superpower, it would be to understand, speak and write every language on the planet regardless of how small the population that spoke it.

Maria grew up attending Living Waters, the non-denominational church she and her mother attended when they were still together, and where her mother had met the Russos before she grew ill. Even though she was so young when her mom passed away, Maria still held tight to her early memories, refusing to let them fade away.

Through her involvement in the church’s youth group as a teen, and then later in the Christian club at college, Maria’s love for the Lord had deepened greatly. Her heart belonged to Him, and she was willing to do anything He called her to.

At one time, everyone thought she would become a missionary, especially with her love of language. She had also toyed with the idea and thought that perhaps God was leading her in that direction. Though she was still very shy, she had a heart for others and was happy to serve.

But the mission field, at least in the overseas, working in an orphanage or building a church sense, was not her calling. She became frustrated when the life she had started to plan for herself was not going the way she thought it would. Why did God take away this newfound dream? She prayed ceaselessly, listening for God to respond to her question of, “Why?”

When she was a junior at college, Paul Martin, the worship director from her church, happened to overhear her one Saturday while she was walking the trail at Ellington Park. Maria had thought she was alone, with only God and the birds for companions, and had let the wind carry a beautiful melody from her lips high above the trees. Paul had to stop and catch his breath. He couldn’t believe the sound that came out of the mouth of this quiet, reserved girl, and told her as much when he finally approached her, cautiously of course.

“I need you on the worship team,” he told her.

“What? No. I can’t.” Maria stammered. Although she knew she was loved and accepted—the Russos had offered to have her last name changed to theirs but accepted her reasoning for wanting to keep her mother’s—she was filled with an uncontrollable fear deep within. She was always happy to help others, but not in the capacity where she would be seen on purpose.

“Think about it, please? You would be a great asset. And, you know God doesn’t want you to hide that gift He gave you under a bushel, don’t you?”

That had done the trick. Maria never wanted to disappoint God, so the following month she found herself at her first worship practice. She was able to face her fear of being “up front,” if even a little. And she found that she enjoyed leading the congregation in worship. Worshiping was something she loved to do, and she was surprised how natural it seemed up on the small stage.

Maria enjoyed the life she lived, studying at school, fellowshipping and worshiping at church, and preparing herself for what might be next on her journey. But when she graduated the following year, Maria still had no clue what she was going to use her degree for. Should she continue on to graduate school and receive a Masters of Education? She could definitely use her love of language to teach at the very high school from which she graduated. And because she had become fluent in multiple languages, she could offer something more than just French and Spanish. It made perfect sense.

But God has a funny way of working in the lives of those who believe. One Sunday morning, a Sunday her worship team was scheduled to sing, a guest came in to visit the church while in town for a conference. He stood and worshiped right along with the rest of the congregation, giving God the glory over every aspect of his life. And then he heard Maria lead Lead Me to the Cross by Hillsong United. His reaction was much like Paul’s the year before. He had to speak to her.

After the pastor had finished his sermon and helped lead into prayer anyone desiring to accept Jesus as their Lord and Savior, he approached Maria and introduced himself as Robert Jenkins, the Director of Artistic Administration at the RocCity Opera House. He wanted her to sing on larger stages than the one she had just sung on that morning. He wanted her to be known for her voice.

“It won’t be easy, that I guarantee, but I’m willing to work with you. No, I want to work with you. I can help you hone your skills, and then you will start to sing in front of audiences in-house, and then perhaps touring the country or even the world.”

“But I was singing contemporary Christian worship. How does that even correlate with opera?”

“It doesn’t matter what you sang,” he replied. “I know what I heard; I have an ear for these things.”

She tried to protest just like she had with Paul, but Robert would not take ‘no’ for an answer.

“You can’t hide this God-given gift under a bushel,” he told her.

There it was again. What was God trying to tell her? Was her fear keeping her from pursuing what God wanted for her life? She sighed. She knew that was it exactly. If she wanted to follow what God wanted for her and not what she wanted, then she would have to face her fear, really face her fear, head-on. Robert wasn’t kidding when he said it wasn’t going to be easy. He didn’t know the half of it.

Maria wasn’t sure if the audience would ever stop clapping, but she didn’t care. She knew that this performance was not her work, but the work of God. He gave her this gift—how many times did she hear that over the past five years?—and she was going to give all the glory and honor to Him.

With one final bow, the curtain closed, and Maria gave thanks to God.