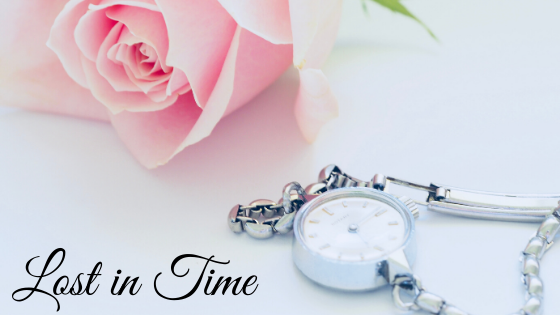 Emily’s pulse raced with excitement as she studied the mustard-colored house in front of her. A bitter wind blew fierce, taunting her, but she hardly noticed its presence. Today was the day she was going to step back in history, back to a time she only read about in novels. Her favorite house in the village was for sale, and the sign in front read, “Open House.”

It’s not that she was looking to purchase a home. As a sophomore in college, that would not come for quite some time. But this house. Oh, how she had longed to peek inside. Each time she passed by she was tempted to climb the six steps up to the porch and press her face against the window if only to catch a glimpse of what treasures awaited on the other side of history.

But she no longer had to wait. Holding onto the railing, she climbed the stairs, each step quickening her pulse further until she was almost giddy. Finally, she stood in front of the double brown doors, a stained glass window resting on top. She turned the round metal knob and pushed the door open, thrilling at the thought that she would take her first step into 1880, the year this historic home was built.

As she stepped over the threshold, she was greeted by a small foyer. The walls were painted a forest green, and the ceiling rose high above her head. To her left, a staircase angled its way up, turning twice before making its final ascent. Her eyes caught another stained glass window on the second landing, the sun hardly making a dent on this gloomy day. Before the window, two nature scenes in muted tones converged in the corner. Perhaps some famous painter had created those over one hundred years ago. She would have to ask the realtor about them when she found one.

Deciding to forgo the upstairs for now, Emily walked past the foyer into the first room. To her dismay, it was empty. Though she knew the owners were moving, she still expected the period furniture to remain. But not even a piece of modernity existed – just an empty shell with red walls. No matter. She pushed the disappointment away and admired the hardwood floors with a line of detail running along the perimeter, leading her eye to a window that ran almost the entire height of the room.

A brown tiled fireplace stood beside the window, its mantel white. It looked a little more modern than she would have expected, but she shooed the thought away. Instead, Emily closed her eyes and imagined what it would have been like sitting in front of that fireplace, using it for warmth in the cold months instead of a furnace which she was positive now heated the home.

The next room mirrored the first, except the fireplace was black, and a green floral wallpaper covered the upper half of the walls. Was this paper original? She went in for a closer look, but she had a sinking suspicion that the paper was closer to forty years of age rather than one hundred. And it was beginning to peel away from the wall.

Her excitement waning, she entered the third room. Emily decided it must be the study as built-in bookcases lined the walls. How many novels sat upon these shelves, she wondered, early editions if not first? David Copperfield, Jane Eyre, Pride and Prejudice. Perhaps even collections of poems by Walt Whitman, Emily Dickinson, even Robert Frost. She moved closer toward the shelves, yearning to run her hands along the wood that must have held powerful tomes from the great writers. But as she reached out her hand, she realized these bookcases were not original to the house. They couldn’t be. They looked too new. Another disappointment.

Bracing herself for more upset, she made her way to the back of the house and found an updated kitchen. The deck just past the double doors was made of that new decking material that’s all the rage now. Trex, was it?

Emily was about to admit defeat when she remembered she hadn’t looked upstairs yet. Holding onto a glimmer of hope, she walked to the front of the house and made her way up to the second floor, admiring the dark wood of the railing as she did. Two more paintings along with what looked to be a large hand-painted border met her at the top, but even these were grimy, and one painting had a large crack down the middle. Even if these were painted by a famous artist, the charm was gone.

She walked into the room across the stairs, a bedroom most likely. The windows on the front faced the street, and she could easily hear the cars as they drove by. The closet was a nice size, and she could picture gowns of pink, blue, and green hanging there, waiting for the perfect occasion. If only she could have joined in.

As she turned to leave, something in the corner of the closet caught her eye. Like a detective, she crouched down and inspected the offending intrusion. Mouse droppings. Would this have been what the original owners experienced? Emily didn’t remember reading about mouse droppings in any of the novels she read. Didn’t most families have cats to chase the mice away?

Emily continued on down the hall, but the more doorways she entered, the more deflated she became. Nothing was as she expected. The rooms in her books never made an appearance, never came alive in front of her. She fought back tears already burning her eyes. What was she expecting, anyway? Did she really think that this house would transport her to a time where she wanted to belong? She had always been convinced that God had made a mistake by bringing her into this world when He did. She wanted the experiences of the 1800s. They sounded so…so romantic.

But maybe that was the problem. Maybe she romanticized that age too much. Were the 2000s really all that bad? With better health care, advanced medical treatments, easier and much faster communication, she should be happy to be born when she was. But was she? Happy? She didn’t know how to answer that at the moment. For too long she had longed to be born in another time. But that time was long over.

With head drooped, and a heaviness weighing on her shoulders, Emily walked down the stairs and out the front door. She never did have a chance to talk to the realtor and ask the questions that burned inside of her. She wasn’t sure if she even cared anymore.

When she reached the sidewalk, she took a deep breath and let it out again. Turning to her left, she began her trek home. A bitter wind blew fierce, taunting her, but she hardly noticed its presence.

This story came to me from a recent visit to a historic home. Yes, it was an open house. No, I did not have the same thoughts, the same expectations as Emily. As I walked through the house as a potential buyer, I could see its potential, though I was rather disappointed by some of the rooms I entered.

In Emily’s case, she was looking for something that no longer exists. A time gone by. God places us where we need to be. Wishing we had been born in different time, in a different place or situation is not something we should do. Though the proverbial grass is always greener, we need to see what we have and be content. That is glorifying God and accepting what He has chosen for us.