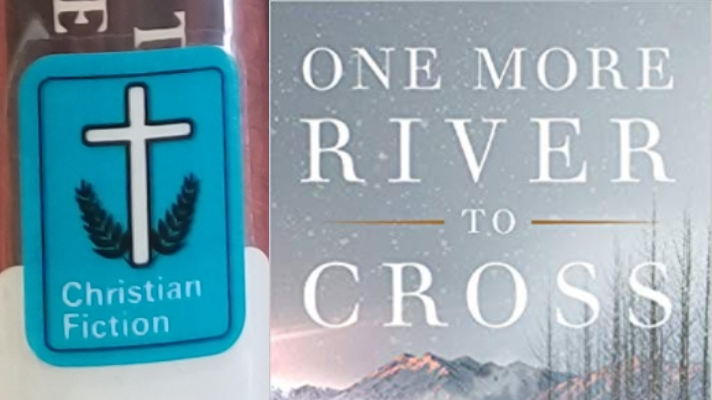 Typically when I read historical fiction, the novel is set somewhere in the 1800s in England, or in the mid-1900s U.S. or Europe (WW2 era mostly). So this book, set in pioneer times was something new for me, and I have to say it did not disappoint. My review below can also be found on Interviews & Reviews, Goodreads and Amazon.

One More River to Cross by Jane Kirkpatrick


“They had gotten on a craft called faith and pushed out on the river. Sometimes the stream flowed calm and restful and sometimes it meandered and swirled the craft about. But it always took them to where they needed to go.”

I would say that Jane Kirkpatrick neatly sums up her book, One More River to Cross, in the quote above. Traveling across the country in a wagon train, the Stephens-Murphy-Townsend party learned that living on faith is a powerful thing. Faith is what got them through winter snows in an unknown territory when food was sparse but bellies needed to be fed. At times it was all they could really feed on.

In the beginning of the book, the party starts out together, already on their journey, and you are given a small glimpse into the lives of those who travel. As the story continues, the group begins to break off into smaller ones, choices needing to be made, families and friends split. Their journey becomes one of survival.

Jane Kirkpatrick does a wonderful job showing the struggles these characters go through and how their faith is tested. When some begin to lose hope, there’s always someone else to press them forward, urging them on. Fear is evident; fear of loss, of death. Questions are raised, choices questioned. Did they do the right thing by splitting off? Did they go the right way? Should they have even made this journey?

Faith, in the end, wins.

The author walks you through the journey right beside her characters, and though there are many to keep straight, I found it easier to remember who was who as I traveled along with them, though at times I did have to remind myself before continuing on. The map and the list of groups with who is in which, were very helpful as I became acquainted with this story, and I found myself revisiting them, the map especially.

If you’re looking for a novel that shares a piece of our history, one that is filled with strong women, family struggles, community, hope, trust, and faith, then this is a read I would definitely recommend.

This book was provided courtesy of Baker Publishing Group through Interviews & Reviews.

View all my reviews

A New York Times Bestselling author, her works have appeared in more than 50 national publications including The Oregonian, Private Pilot Daily Guideposts. With more than 1.5 million books in print, her 30 novels and non-fiction titles draw readers from all ages and genders. Most are historical novels based on the lives of actual historical women often about ordinary women who lived extraordinary lives.

Learn about the book and the true events behind it here

Interesting Fact: The Stephens-Townsend-Murphy Party made this trek two winters before the Donner Party for which the pass is named. Some of the Donner Party even stayed in the cabin the STM Party builtfor the women and children.

Jane Kirkpatrick has many fiction novels and novellas under her belt as well as non-fiction books, all of which can be found on her website, jkbooks.com

Are you a fan of Jane Kirkpatrick’s writing? What other works have you read by her?

Are there any books you would recommend that are set during pioneer days?