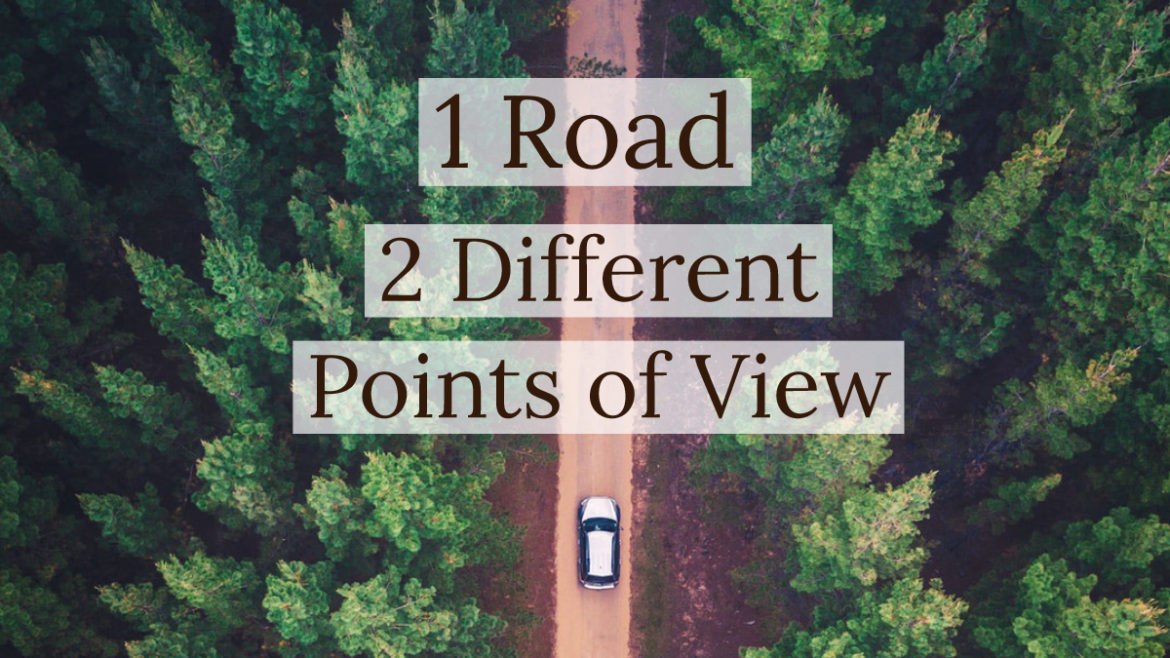 This excerpt is from a book that I started working on almost 10 years ago. At the moment I call the book ‘A Work of Heart.’ Perhaps that title will remain, perhaps not. It still has a lot of love to go into it before it is done, but it will be done.

In this section, the two main characters are driving separately into a fictitious town hidden somewhere in the Finger Lakes region in New York State. Jeremy and Celeste have very similar tastes (both love art – Jeremy is a photographer, and Celeste is an assistant at an art gallery with aspirations of opening up her own one day), but they tend to view the world very differently.

In this particular excerpt, they are both driving on the very same road, but are viewing it in very different ways.

Jeremy’s trek into the town of Hamish was, in itself, a mini adventure.  It was not a straight road that led him to the town center in a few short minutes; it wound its way through the dense forest, seeming to bend and ebb like a stream carving out its own route with a complete disregard to form and function.  Anyone could see that it was definitely not a road made by modern hands.  In fact, it was not one that had been kept up well at all.  It was as if the land had examined the asphalt – turning it over in its hands a few times – and then rejected it, tossing it to the side.

To Jeremy it was an extraordinary sight, and as he weaved and wended his way along the ever flowing, ever changing road, he took note of all that unfolded around him.  Most of the trees in the area were holding fast to their greens, but Jeremy noticed the hints of reds, oranges and yellows that were creeping out, foreshadowing a brilliantly painted autumn season.  He passed a few trails on his way into town that extended into the forest and were lost around a bend; he made sure to take note of these.  If I need to come back this way to get home, then maybe I’ll stop if I have time, he thought to himself.  It took willpower not to stop at those times, but he knew he needed to find the center of town and figure out where he was- more than just “Welcome to Hamish” – and he needed to know how to get home.  Monday was getting closer by the minute- it was already afternoon- and he wanted to be home by nightfall at least.

Celeste turned onto the road that would lead her into Hamish through the south entrance.  As she made her way through the twists and turns of the old road she couldn’t help thinking to herself how impractical the whole setup of the town was.  It was originally made to be a hideout or something- she couldn’t remember the exact story behind it and really didn’t care- but that was a long time ago.  This was the twenty-first century.  They no longer needed this long, winding road that made the journey into town a laborious task.  Often times while driving this road she would picture where they could build a new one.  Sure they’d have to cut down trees, but the forest was littered with them; they wouldn’t be missed.  It would make more sense to make the road as straight as possible.  After all, isn’t that what they did with highways?  Highways were made to replace those old, boring roads that no longer made any sense.  A highway was straight, quick, and to the point; just how she liked it.  It bypassed all the unnecessary “scenic routes,” as she’s heard them called, that made you go uphill and down, through insignificant little towns with a single traffic light, adding time and impatience to your trip.  A highway was completely practical.

I wonder how we see the world. God is the Creator of all that we see, but do we appreciate it? Are we like Jeremy who breaths it all in, or do we find ourselves to be more like Celeste who is too busy, too focused on her task to see what’s around her? This may change for us depending on the day or the season of life we are in. But we need to remember who our Creator is and take just a little bit of time each day, no matter our situation, to give thanks.