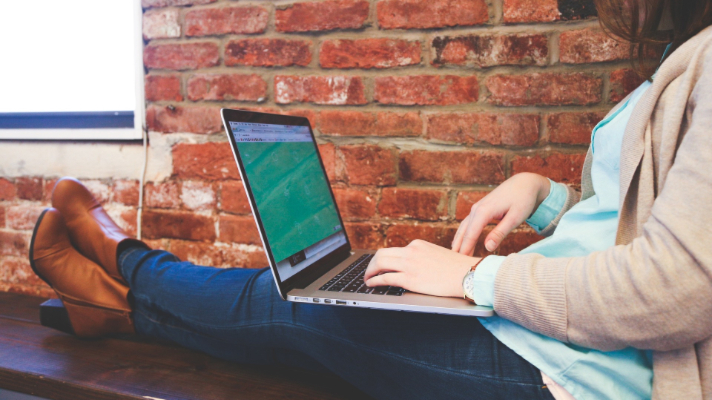 This admittedly was supposed to be a story that took up one post. However, when it comes to fiction, I tend to get into a story and keep typing away. The story was getting just a little too long for a single post, especially since this is only the first part of it. So, I hope you enjoy this post. The next part will be available online next Friday.

“Mommy! Mommy! MOMMY!” Three-year-old Hannah stood beside her mom in the kitchen, desperately trying to get her attention. She was holding her dolly, the one that was specially made to look just like her with the same sweet chocolate curls and green eyes. Both Hannah and her dolly were wearing their matching blue and white striped pajamas – Hanna’s favorite color was blue – and fuzzy white bunny slippers.

“Mommy! Give Addie a kiss! She wants a kiss.” She smiled, revealing a dimple in her right cheek.

Samantha Rich looked away from the bacon cooking on the stove just in time to see her daughter’s doll come a little too close to the lit gas burner. “Hannah! Addie will catch fire if you do that. I can’t kiss her now, I have to finish making breakfast, and then William needs to be fed.” She held her 5-month-old son in her left arm as she carefully guided her daughter’s doll away from the stove, out of harm’s way. She returned to her bacon, flipping each piece over with the tongs she grabbed in her right hand.

“But, Mommy! Addie’s sad! She got a boo-boo and wants a kiss!” Hannah wailed.

Samantha took a deep breath before replying. It was only eight o’clock in the morning, and already she was feeling herself start to come undone. “Hannah,” she said with the utmost care not to throw her daughter into more of a tizzy, “I will be happy to kiss Addie’s boo-boo as soon as I am done here. For now, can you and Addie please go play in the family room?”

“Fine! I’ll go. But I’m not happy about it!” Her little girl gave her the death stare, and then stomped off to play in the other room. Sam didn’t even have to take a guess as to where she learned that from.

“Mom! I can’t find my sneakers! What did you do with them?” And here she was. Her 10-year-old daughter, Rachel, came into the kitchen almost on cue.

“Let’s see,” Sam said as she transferred the bacon to a large plate. The last time I wore them was –

“Hey Mom, can Josh sleep over tonight? He just got a new game for the Switch, and we want to play it.” Charlie, Jr. The oldest of the Rich kids, the first born of Samantha and Charles Rich, Sr. Sam looked lovingly at her son, his dark hair and brown eyes made him look just like his father. Charlie was fifteen-years-old and happy to help with anything. She handed him the plate of bacon to place on the table where the eggs and pancakes were already starting to get cold.

“You’ll have to ask dad when he gets out here. I know he wanted to talk to you about your grade on the last geometry test. He wasn’t very happy.”

“I’m going to make it up. I swear. I’ve already talked to Mr. Hilbert about it.”

“Don’t swear.” She looked at him pointedly. She believed in the Biblical teaching of letting your yes be yes and your no, no, and she tried to raise her children with this same principle.

Charlie rolled his eyes. “So can he?”

“Stop it! MOM!” A shriek from the family room. This could only mean one thing.

“Here, feed William. I need to see what that’s all about.” She handed the already fussing baby to Charlie and started to make her way, half knowing, half dreading what she was going to find.

Charlie held the baby close and placed a bottle in his mouth. William began to happily suck down the formula that would fill his belly. “She’s lucky I’m home this morning,” Charlie whispered to his baby brother.

“You’re only home because it didn’t make any sense to send you to school when you have a doctor appointment this morning!” Sam responded to Charlie’s oldest-child-to-youngest-child discussion over the incessant yelling between her three-year-old and her other ten-year-old, Jesse. It was exactly as she had thought. Even though Jesse was 7 years older than Hannah and should know better, he always picked on her. He had grabbed Hannah’s doll and was swinging her around by her hair, much to his little sister’s horror.

Sam took a deep breath and slowly exhaled. She was getting close to the edge but didn’t want to fall. Lord, she prayed, please give me the strength I need to get through this morning without any real mishaps. Amen. Another deep breath and then she calmly took the doll from her son’s hand. “Everybody to the table. Breakfast is ready, and your bus will be here in,” she looked at her watch, “15 minutes!”

Mass chaos ensued. Every child ran to the table to eat breakfast that would have been warm if they had eaten it five minutes earlier. In a rush to eat, Jesse knocked over Rachel’s orange juice. Rachel screamed at him, telling him he did it on purpose.

“Just eat your breakfast. You all need to be outside in five minutes.”

“Oh, Mom! I need you to sign my permission slip for my field trip.” Seven-year-old Tommy looked at his mother without a care in the world.

“Okay,” Sam replied hurriedly, “just put it on the counter and I’ll make sure to sign it for you. When is your field trip?”

“Today. Mrs. Reiss said I could still hand in the slip. Oh, and I need to bring a bag lunch.”

“Today?!?!? Are you kidding me? When did you know about this? I didn’t have time to make lunch today. Everyone was going to buy!” Sam was losing it. Oh, she didn’t know how much longer she was going to last. She was grateful that God was holding her back up until now, but she wondered if even He had enough power not to blow up in this situation.

“What’s going on here?” Charles finally emerged from the bedroom and kissed Sam on the cheek. He and Sam had met in college and knew they were supposed to be together. After a short courtship they were engaged and then married. This year they would be celebrating seventeen years. It seemed like only yesterday they said, “I do.” Charles and Sam have been each other’s helpmates since the beginning, and Charles was amazing in taking on the position of spiritual head of the family. There have been times when Sam was in complete awe of him. He had a way of calming her down without saying much of anything.

“We will talk about that in the car on the way to the office. Are you almost ready to go?” He looked at the now sleeping baby still in Charlie’s arms.

“The bus is coming!” Hannah yelled loudly in order to get everyone’s attention. She always tried to be helpful in the way a three-year-old could.

Rachel, Jesse and Tommy jumped up from the table, grabbed their backpacks, and raced to the front door. Sam was able to throw something together quickly for Tommy’s lunch, sending up a prayer of thanks that she had everything she needed for it, and she handed it to him before he and his siblings dashed out the door and onto the bus.

“Well, I guess we should get going, too,” Charles said to Charlie who handed William to his mom. The fact that the baby was able to sleep through all of that noise was a miracle. Charles kissed William on the forehead and then gave Hannah a hug and an Eskimo kiss, her favorite.

Sam reached her unoccupied arm around her husband’s neck, and he placed his arms around her waist. Charlie told them he would be in the car, quickly making his way out of the house before he had to be stuck watching his parents kiss. “I love you,” Sam told Charles.

“And I love you. I’ll see you tonight. Have a great day.”

They both smiled at each other for a moment, and then Charles rolled his eyes and made his way to the car at the sound of the car horn.